#80: The Legend of Zelda: The Wind Waker

Wind Waker was a brave move on Nintendo’s part. Radically overhauling the graphical style of one of the best-loved game series of all time takes some chutzpah, and I remember it caused outrage at the time. 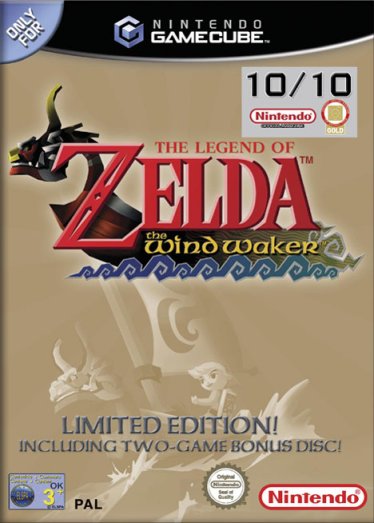 Fans were up in arms when the first shots of Wind Waker‘s cel-shaded graphics were released, and some quarters were quick to cite the new game as a signal that Nintendo was trying to ‘kiddify’ the Zelda series. As the finished game eventually proved though, this was all complete nonsense and bluster: if anything, it just goes to show that the kind of people who spit and rave on internet forums about these kinds of perceived ‘faults’ are generally the kind of people you can safely ignore. 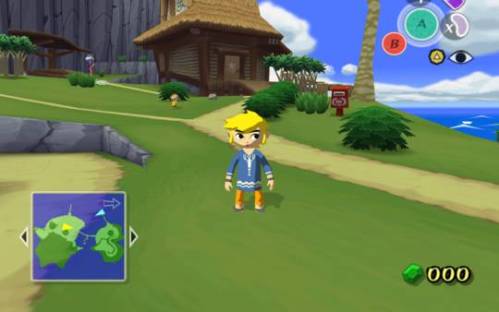 In my opinion, Wind Waker‘s graphics are an absolute triumph – the game’s cel-shading is utterly charming and distinctive, and whereas most games from 2003 have aged badly in the terms of graphics, Wind Waker still looks as fresh as it did when it was released. In fact, I reckon the Wind Waker version of Link is even more iconic than the ‘traditional’ version – so much so that a friend of mine recently featured cel-shaded Link on her wedding invites. 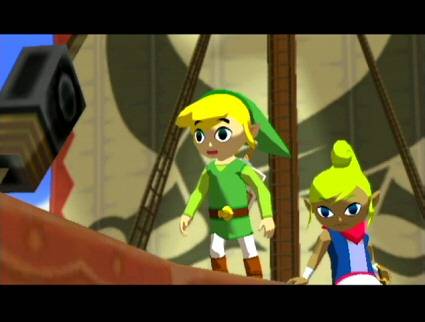 I’m playing through The Legend of Zelda: Twilight Princess at the moment, which is what got me thinking about the Zelda canon. And yes, I know you’re probably shocked that I’ve only just got round to playing Twilight Princess despite the fact that it came out four years ago – we try to keep our finger on the pulse here at 101 Video Games, even if the patient died some time ago. And anyway, at least I’ve actually played some games, unlike a certain other blog co-author whose name I won’t mention… But I digress. The point is that unlike Wind Waker,  Twilight Princess feels like a direct sequel to Ocarina of Time – perhaps the direct sequel that the internet forums were baying for back in the early 2000s. And the real point I’m trying to make here is that Twilight Princess just isn’t as good as Wind Waker was. 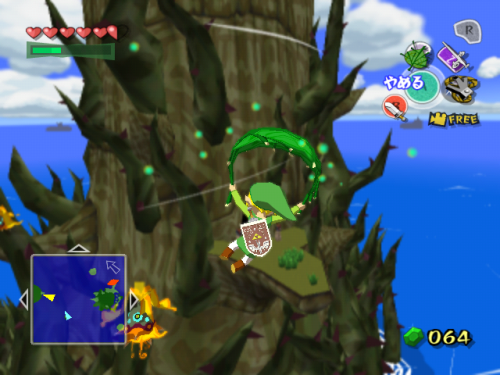 Don’t get me wrong, Twilight Princess is an absolutely brilliant game, but whereas Wind Waker was a breath of fresh air that drew me in from the very beginning, Twilight Princess feels a little samey and derivative. The designers have obviously done their best to throw in a few new gameplay elements, but many of them fall flat – the sections where you play as a wolf, for example, just aren’t as much fun as playing in your human form, and of course they pale a little in comparison with the wonderful Okami (perhaps an example of a Zelda-imitator beating the original at its own game). 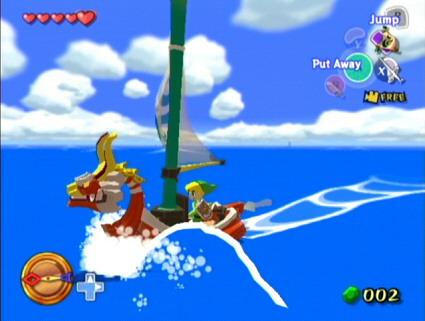 Basically, what I’m trying to say is that Nintendo went out on a limb with Wind Waker, and the gamble payed off brilliantly. I won’t bang on about all of the reasons the game is so wonderful (I’m sure you’ve probably played it yourself and can remember all too well), but I have to mention the sailing; there are only two games I can think of where travelling was just as enjoyable, if not more so, than reaching your destination, and this is one of them*. The fact that just moving around the gameworld was fun in itelf speaks volumes for just what an absolute classic this game is, and although we generally try to avoid including two games from the same series on our list, there was just no way for me to choose between this and Ocarina of Time. I might even put it on my wedding invites.

*The other one is Skies of Arcadia, which had a similar treasure-hunting gameplay element (although it lacked a Tingle).