Last month, after a year of carefully preparing the case for why we should upgrade to high definition, I finally persuaded my girlfriend that we definitely,  definitely needed an HDTV. She was a little sceptical at first, but after we’d watched a couple of World Cup matches in glorious HD she agreed that the new telly was a huge improvement over our old (nay, ancient) 32-inch CRT TV (which incidentally was so heavy that it bent the shelf we had it on). 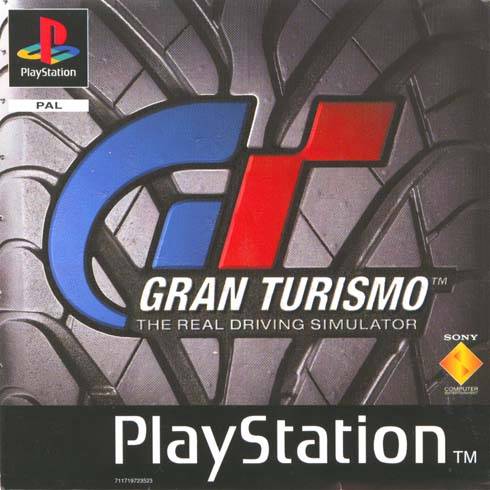 However, it was only when I connected up my Xbox 360 to our spangly new TV that this welcome new addition to our flat began to show its true colours. Flipping over the settings on my Xbox from standard definition to 1080p was an absolute revelation – I swear a chorus of angels struck up outside the window as heavenly light played across the screen and angelic trumpets heralded the dawn of a new era. It was like the scales had fallen from my eyes and I was seeing the true colours of the world for the first time. All those fuzzy edges I’d taken for granted suddenly disappeared, to be replaced by an image as crisp as a freshly pressed shirt manufactured by Walker’s. Truly, ’twas an awesome sight. 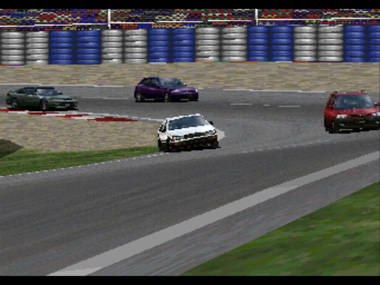 I experienced a similar revelation when I played Gran Turismo for the first time: I’d already been wowed by Ridge Racer and its ilk, but GT was in a class all of its own. At the time, I remember watching the GT replays with my jaw on the floor, astonished that the innocent little grey box under my telly was pumping out photo-realistic graphics that were barely distinguishable from watching racing IN REAL LIFE. Of course, a quick glance at the screenshot above proves that this clearly isn’t the case, but at the time it was simply amazing, and leaps and bounds ahead of anything else out there.

I’ve never been a huge fan of driving games, but I was absolutely hooked on Gran Turismo, and the ability to collect cars and tune them up was the clincher. In fact, GT was more like an RPG in which hunting for rare swords was replaced by hunting for rare cars, experience and levelling up was replaced by tuning engines, and grinding through low-level enemies was replaced by grinding through the lower circuits. Looking back, it feels like about half of my time playing GT was spent on those first few circuits, completing the same courses again and again to raise enough money for some new addition to my favourite car. But somehow it was still fun. 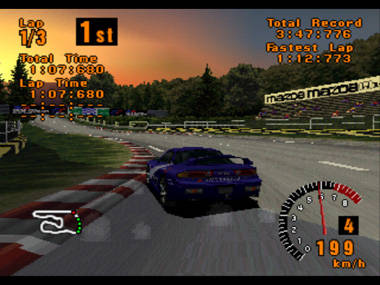 What I loved about the tuning system was that the modifications you made had a real effect on the way the car drove, and it was easily possible to overtune a car to the extent that it was practically undriveable. I remember one time I tuned my beloved Subaru Impreza to the point where the acceleration was so quick and the suspension was so stiff that it took off every time it went over the slightest bump, which meant I spent most of my laps ricocheting off cliff faces and ripping through grass, whooping like an American GI dishing out nylons and chewing gum to sexually repressed British housewives. And I don’t whoop very often, so this game was definitely doing something right.