My girlfriend and I took a trip to the V&A Museum of Childhood this weekend – it’s a fascinating place, and highly recommended if you live in London. There were tons of interesting exhibits, but the one that stood out for me was, of course, the video game display. 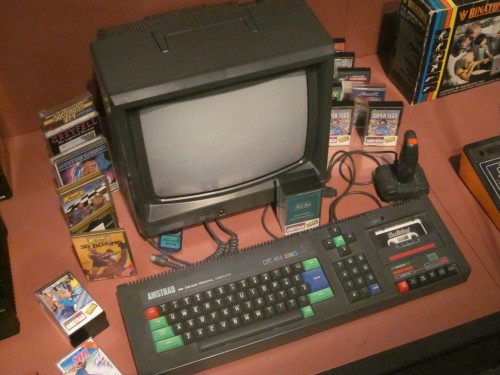 The Amstrad CPC at the Museum of Childhood.

The thing that immediately drew my eye was the Amstrad CPC. The whole display wasn’t that big, and there were only a few select consoles and computers, so it was nice to see the mighty Amstrad represented among the Playstations and Game Boys. It’s a shame Ian wasn’t there to share the moment with me really, I’m sure he would have been welling up. 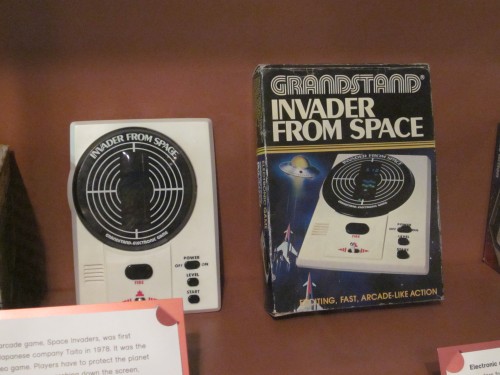 It's like Space Invaders. But it's Invader from Space.

Another thing that drew my eye was ‘Invader from Space’, an early portable game that I remember playing for hours at a time when I was a child. Look kids! It’s a console that you can only play one game on! You can imagine my generation’s collective delight when the Game Boy was launched and we could – shock horror – play more than one game. Still, when the only game you can play is Space Invaders – sorry, Invader from Space – it’s not so bad.

I wonder what happened to Grandstand? Perhaps they went under after a massive lawsuit filed by Taito. 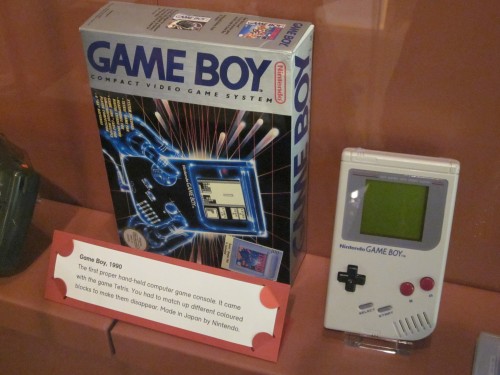 Ah, the Game Boy. Shame the box isn't the right way up.

Of course, the Game Boy was featured, and looking at it there behind glass with a little placard explaining what Tetris is for ten-year-olds, I suddenly felt very, very old. I miss my old Game Boy – it disappeared off into eBay some time ago, but seeing it again today had me hankering after a Tetris fix. 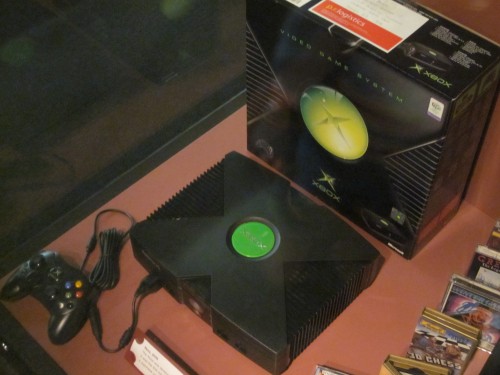 The Xbox at the Museum of Childhood.

It was interesting to see the original Xbox featured. Flick (my girlfriend) mentioned how old-fashioned it looks, and looking at it again, she’s definitely got a point. Even when it came out I thought it looked awful, and if anything it’s got worse with age. Interesting to see they displayed it with the later, smaller controller. When I told Flick the original controller was even bigger, she couldn’t believe it. 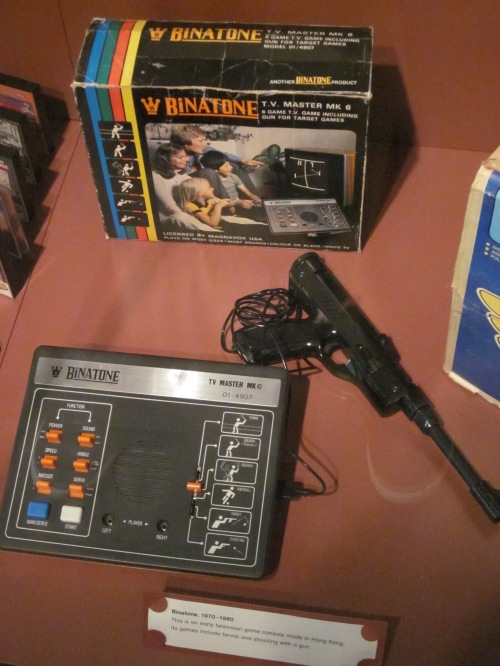 The last pic is of the Binatone TV Master, which I’ve never actually heard of before, but the Luger-style gun certainly caught my eye. Not sure you’d get away with that today.

And that’s about it. It was interesting to see these slices of my childhood locked away behind glass like priceless exhibits, and it made me wonder what subsequent generations will think of the consoles and computers we have today – I expect they’ll be laughing at the concept that you actually had to buy special equipment to play games on. And the idea that you have to buy more than one piece of equipment to play games made by different manufacturers will seem absolutely ludicrous.

2 responses to “Games Behind Glass Cases”