This game deserves an honourable mention simply for scaring the bejesus out of me. Looking back at it now, you’d find it hard to believe that the slightly shonky graphics and shambling animation would be enough to scare anyone, but somehow the game succeeds in creating a very creepy atmosphere indeed. 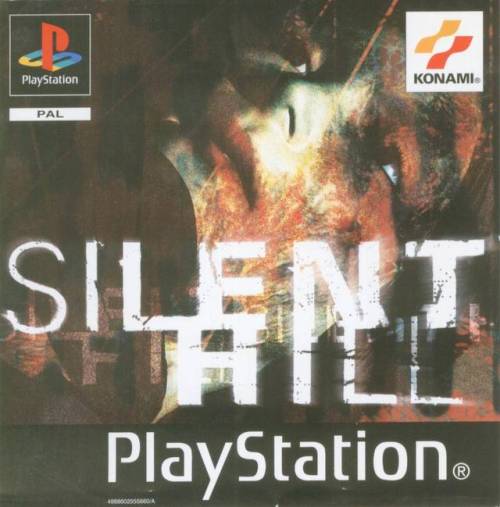 The key to this creepiness is the sound. Early in the game the hero, Harry Mason, finds a radio that seems to be broken. However, after being attached by some sort of naked mutant pterodactyl, he quickly realises that the radio emits static whenever a monster is nearby.

The radio is a stroke of genius. It means that you know a monster is coming long before you actually see it, allowing the anticipation to build and build and causing you to imagine things that are probably a lot worse than what’s actually around the corner. Couple this with your relative helplessness (unlike Resident Evil, you spend most of the game with nothing more lethal than a crowbar as your weapon), and you’ve got the makings of a real nerve-jangler. 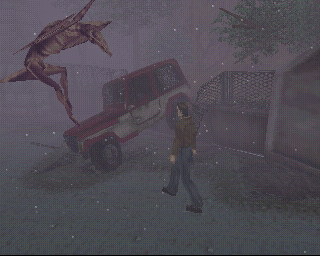 The stand out moment for me occurred right near the beginning. I was taking it in turns to play the game with my university housemate Chris. Chris was in control, and we were exploring the elementary school. The school seemed deserted, but after we passed by one particular door, the radio started going crazy. Chris looked at me.

I gave the nod to open the door.

The room seemed empty as Harry swept his flashlight around, until something moved in the corner…

It was a baby.

And it scared the hell out of us. 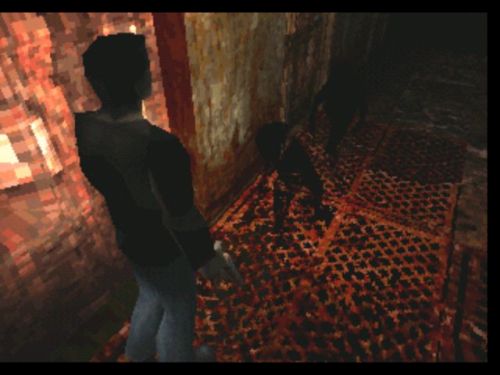 The Larval Stalker (just about visible as the black shape). Brrrr.

We fled the school room in terror, only to gingerly step back in, crowbar at the ready, to ascertain the nature of this malevolent beast. As it turned out, it was completely harmless (I later found out that these creatures are called Larval Stalkers – stupid name if you ask me), but the game designers did a fantastic job of scaring the willies out of the both of us.

It seems utterly ridiculous now that we were both terrified of something so trivial, but it just goes to show that the scariest stuff is what actually comes out of your own head – the imagined terror will always be worse than the reality.