I first laid eyes on Ico when I was doing work experience at CVG magazine, back in 2001. The arrival of a preview copy of the game sent a palpable wave of excitement through the office, with writers and artists from neighbouring publications all wandering over to take a look and join in with the exaltant ‘oohs’ and ‘ahs’. Simply put, nothing quite like Ico had been seen before; and very few games like it have appeared since. People floundered around trying to define it – I once heard it decribed, innappropriately, as a ‘Tomb-Raider-style adventure’ –  but most agree that it’s a landmark in terms of art direction and storytelling in games. 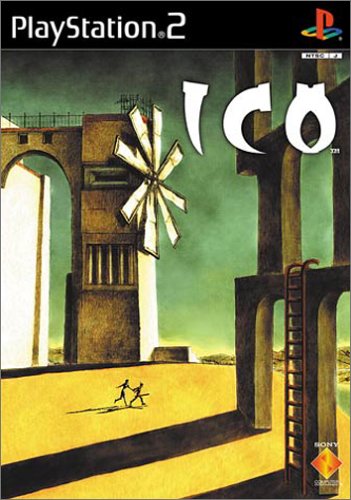 At the time of its release I was as impressed as anyone else with Ico’s distinctive graphics and unique gameplay, but I didn’t really get a chance to play it properly until 2005, when I picked up a second-hand copy while living in Japan. The game grabbed me from the outset, and I was impressed with the intense feeling of isolation and loneliness that it created: Living on my own for the first time in a foreign country, they were feelings that I instantly related to. For most of the game, the only sounds you can hear are your own footsteps and the distant howling of the wind, and this, coupled with the enormous, seemingly never-ending landscape of the castle, conspires to make you feel very alone indeed. 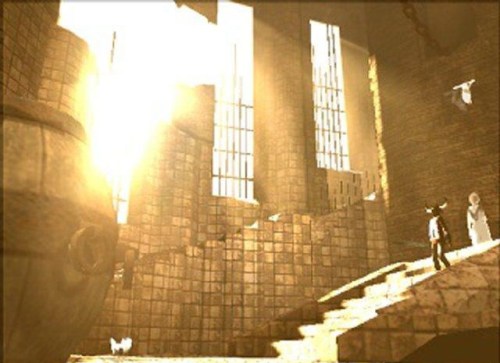 I suppose this feeling of isolation could invite some similarities with the original Tomb Raider (despite my protestations above). TR’s triumph was to make you feel like you really were single-handedly exploring long-forgotten ruins – an illusion that was totally ruined in the ‘Legend’ update by the constant chattering of your anodyne, comedy companions via your miraculous PDA, which seemed to maintain flawless network coverage even in underground tombs. Ico, on the other hand, foregoes direct speech almost entirely, and is all the better for it. The bond between your character – Ico – and the girl he rescues – Yorda – is conveyed almost entirely through the bewitching key frame animation. 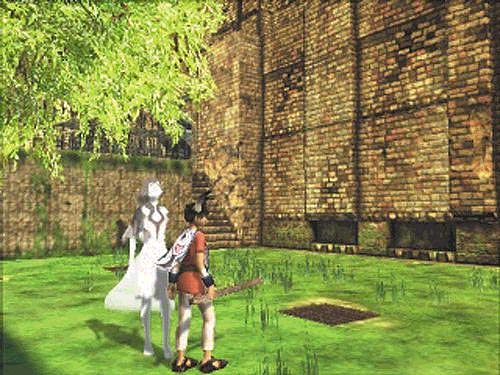 And you really do start to feel for the characters. When the game’s enemies – the shadow creatures – appear and try to kidnap Yorda, it leads to some tense moments as you desperately flail at them with your hunk of 2 by 4, the very ineffectiveness of your weapon heightening the intensity of the struggle. Above all else, you feel an overwhelming urge to protect Yorda at all costs, which is in stark contrast to the throwaway relationships with non-player characters that emerge in most games. Think of your fellow marines in Halo for example – do you fight tooth and nail to protect them? Or do you just continue onto the next section of the game and forget about them? 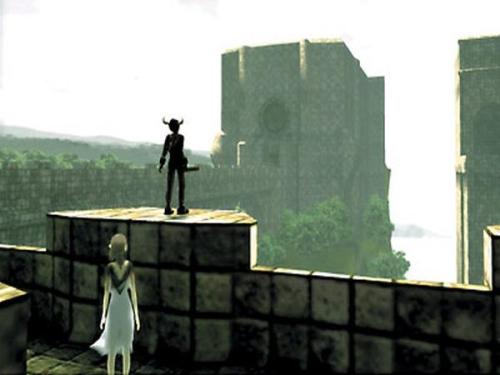 Ico works because it draws you into the world of its characters entirely, but rather than relying on extended story-driven cut scenes, à la Final Fantasy, it achieves this by engendering a sense of isolation and empathy in the player via simple visual and aural effects. By creating the illusion that these two characters really are alone and helpless, it compels you invest time and effort to help out these strange little people trapped in your TV set.

Simply put, Ico makes you care. And that’s a pretty hard emotion to capture in a video game, which is why Ico more than deserves a place on this list.